The Association Maestro Francesco Musmarra is non-political and non-profit, born with the aim of promoting the musical culture in all its expressive and creative forms, supports musical education initiatives aimed at developing mainly the knowledge of musical art, giving life also to musical artistic schools. He creates exhibitions of visual excellence and content, organizes theatrical and musical events, creates moments of artistic aggregation for the purpose of expression and promotion. He also organizes workshops and organizes courses on artistic topics. The association produces, participates and promotes all the editorial activities, organizes cultural events such as conferences, fairs, exhibitions, seminars, parties, exhibitions, concerts, musical, theatrical, film, visual arts, casting, recreational and sports activities, courses theoretical and practical updating, artistic and cultural workshops, also of an educational nature, both in schools of all levels and in universities.

In the years between the nineteenth and twentieth century, Acireale, among the cities of the island, stands out for its social, artistic and cultural liveliness, as well as economic. The many magnificent palaces with high-sounding names, the many churches, the various circles, the associations, the academies alone tell a story. The history of a city, which has been of an almost incomparable beauty and richness, above all cultural and spiritual. In those years, the Bellini Theater rises, the Diocese and then the Vescovado, the Seminary and various Institutes and religious, educational and scholastic colleges are founded, which attract many young people from the rest of the island and southern Italy, and the Santa Venera spa. It was in those years that Maestro Francesco Musmarra, born in Acireale on May 30, 1866, lives with Venera Pennisi and Ignazio, who for years served the Orchestra of the Royal Chapel of Santa Venera, as a valuable violinist. Maestro Francesco Musmarra, descends from an ancient family of musicians in addition to his father and brothers, including his grandfather, great-grandfather, uncle Angelo, excellent violinist, his cousin Clemente first violin at the San Carlo theater in Napoli, etc. From an early age, he demonstrates a strong predisposition for music and for the study of musical instruments. He perfected himself in Palermo, where he studied harmony and composition. He was a pupil of Maestro Aurelio Doncich of Trieste, who had the direction of the Acireale band from 1899 to 1908. In the early 1900s Musmarra became an exceptional professor and conductor at the Bellini Theater, at the same time to teach music and musical instruments to the noble acesi families and is proclaimed director of the Civic Banda of Acireale from 1916 to 1921, which every Sunday performed at the Belvedere and in Piazza Duomo. From 1918 to 1927 he also became Professor of Music at the Regio Collegio Pennisi and at the Collegio San Michele of Acireale. In his career, he achieved great successes, not only as a concert performer and conductor, performing in a vast repertoire of classical symphonies and modern opera pieces, but also as a composer of operettas. 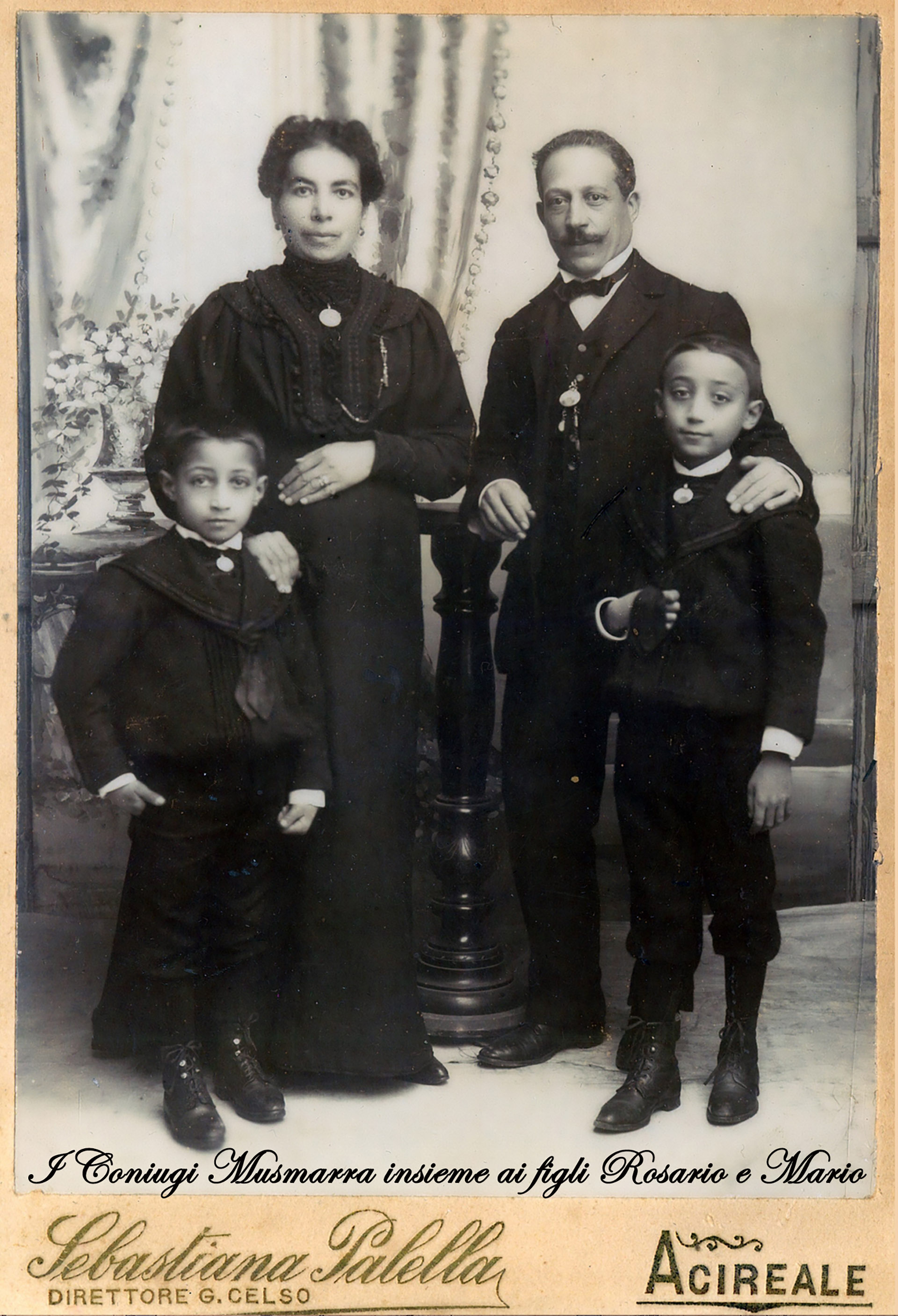 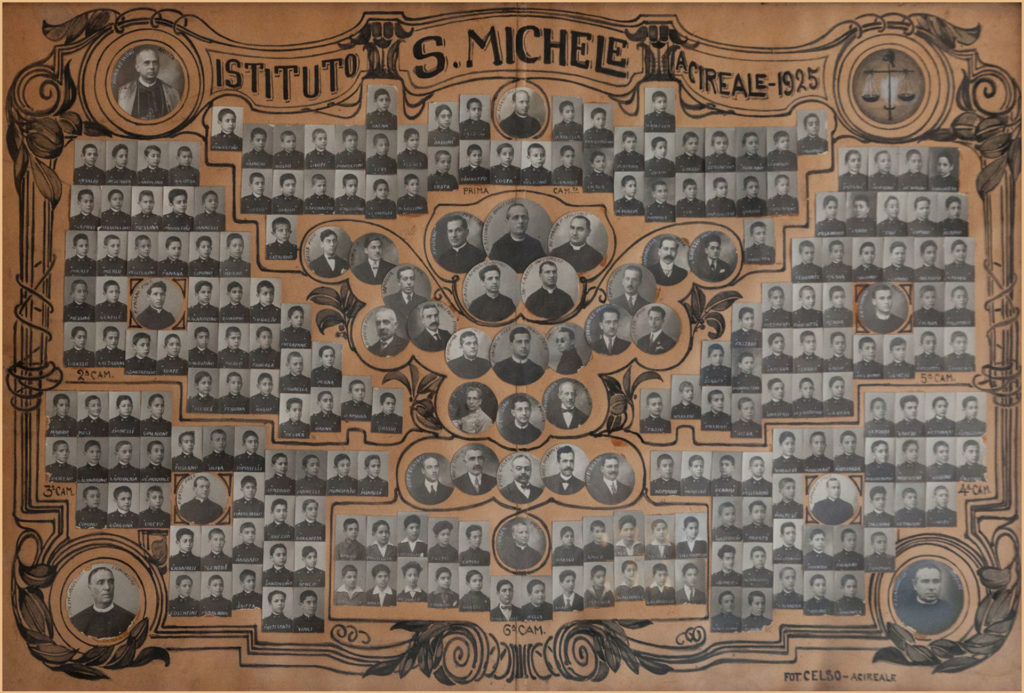 Among the various awards we mention the award issued by King Re Vittorio Emanuele III in 1915 signed by the First Minister, for the patriotic march “Trento e Trieste“, composed in June of the same year in homage to the King, as a wish for the upcoming annexation of the territory of Trieste to Italy. The Diploma of Honor received at the International Competition of Mandolin and Guitar, held in Bologna in 1902, for the song “Bizzarria“ (polka), in 1905 for the song ”Gioia e Mestizia“ (mazurka); in 1909 for the re-edition of the song ”Lucia di Lammermoor" by G. Donizzetti and in the year 1922 for the song “La vendemmia“ (Valtzer) .The master Francesco Musmarra obtained wide consents and deserved successes, which led him to travel in large part of Italy also for its qualities as a concert artist and conductor.

His life ended abruptly in the distant August 11, 1927, leaving a great legacy not only artistic but also moral for his great virtues as an educator. His teachings were invaluable in spreading the love and passion for musical art and in forming the creation of new talents, capable of divulging music all over the world, conceived as a universal language. His compositions are also known abroad: in Japan at the "Museum Melodies Mandolin" of the city of Nagoya where most of his repertoire is kept; in the city of Kanazawa, the ensemble l'orchestra "Ensemble Kanazawa Mandolino", performed the song "Serenata Siciliana" at the 1998 Christmas concert; In Austria and precisely in the city of Innsbruk, the musician Emil Perlot in 1972, he wrote the mazurka entitled "From Acireale to Bologna"; in America in New York in 1925, the musician Stellario Cambria, directed the orchestra "The Cambria Mandolin", which played the song titled "Bizzaria", an event published in a newspaper of the period entitled "The Crescendo"; in Switzerland, in the town of Vacallo, the mandolin orchestra "Aurora" holds a copy of the song "Serenata siciliana"; in Italy in Bolzano the mandolin orchestra "Euterpe" has in its repertoire the mazurka entitled "From Acireale to Bologna". The National Academy of Sciences, Letters and Modern Arts of Modena has kept in its library a book published in 2009 by the Mucchi publishing house, entitled “Romolo Ferrari e la chitarra in Italia nella prima metà del novecento” in which text cites many famous musicians of the last century the maestro F.Musmarra. Moreover, some passages are present in various musical collections at the University library of Bologna and the Central National Library of Florence, etc. and moreover, the historical archive of the town of Acireale holds some of his manuscripts.

This website uses cookies to improve your experience while you navigate through the website. Out of these, the cookies that are categorized as necessary are stored on your browser as they are essential for the working of basic functionalities of the website. We also use third-party cookies that help us analyze and understand how you use this website. These cookies will be stored in your browser only with your consent. You also have the option to opt-out of these cookies. But opting out of some of these cookies may affect your browsing experience.
Necessary Always Enabled

Any cookies that may not be particularly necessary for the website to function and is used specifically to collect user personal data via analytics, ads, other embedded contents are termed as non-necessary cookies. It is mandatory to procure user consent prior to running these cookies on your website.